The throw-off times for all 108 matches of the 2021 IHF Men’s World Championship, which will take place in Egypt from 13 to 31 January 2021, have been confirmed.

The championship is the first-ever IHF event to feature 32 teams in the newly-expanded competition format, and, following the IHF Council’s decision in July 2019 in Gothenburg, it will also see the new match scheme which guarantees every single team a rest day after a match day, meaning no more back-to-back matches for the players.

However, the action for handball fans around the world will be non-stop for the first 13 days (13 to 25 January) with matches played every single day. Egypt 2021 will then take its first championship rest day on Tuesday, 26 January, followed by another on Thursday, 28 and then Saturday, 30 as the championship reaches its climax with the gold-medal match at the spectacular Cairo Stadium Sports Hall.

THROW-OFF TIMES PER ROUND

Preliminary Round
Initially, the 32 teams will be split equally into eight preliminary groups – A, B, C, D, E, F, G, H – of four teams each. Each group will feature six matches in total, with two matches played each day, over three match days. All matches will throw-off at either 16:30, 19:00 or 21:30 with a total of 48 matches played.

Main Round
The main round will feature 36 matches with the top three teams in each preliminary round moving into four groups of six teams each. Each group will feature three games per day across three match days, with all games throwing off at each venue at 16:30, 19:00 and 21:30.

President’s Cup/25-32 Placement Matches
The eight teams who finish at the bottom in their preliminary round groups will go directly into the President’s Cup, with two initial groups featuring four teams each. Each group will feature three match days of two matches per day, throwing-off at 16:30 and 19:00 with a total of 12 matches played.

Depending on their ranking after the group matches have finished, the eight teams then play-off for 25-32 places across four matches with the slightly different throw-off times of 16:00 and 18:30.

Quarter-finals
The top two teams from each of the four main round groups move into the quarter-finals with three throwing-off at 21:30 and one at 18:30. 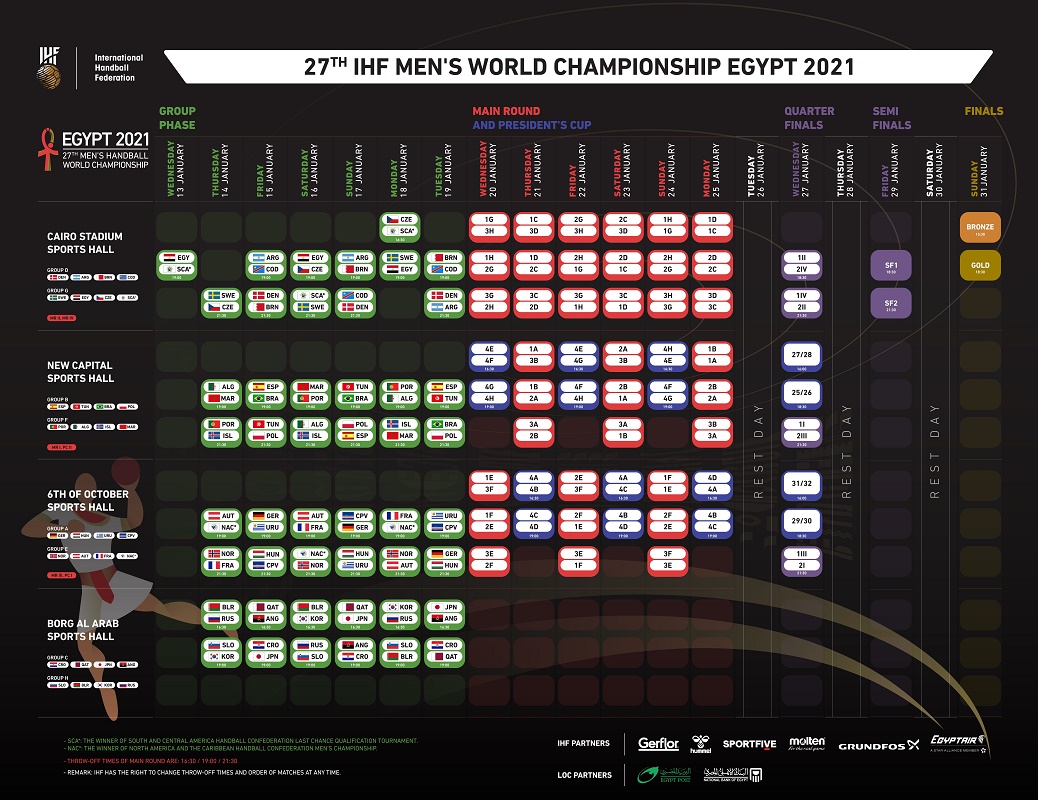 A hardworking and an open minded person.
View all posts by Kweku Typing →
This entry was posted in Uncategorized. Bookmark the permalink.